What is Tidal Power?

Tidal power, or tidal energy, is generated by harnessing the energy contained in tides into useable types of energy, primarily electricity, through various processes.

Although not commonly used, tidal energy has the potential to be used to generate electricity in the future. Tides have a greater degree of predictability than the wind and the sun.

Historically, tidal energy has been limited in its complete availability due to its relatively high cost and limited availability of sites with sufficiently high tidal ranges or flow velocities.

Numerous recent technological advancements and improvements, both in design and turbine technology, indicate that the total available tidal power capacity may be significantly more than previously believed and that economic and environmental costs may be brought down to competitive levels.

Historically, tidal mills were employed in Europe and along North America’s Atlantic coast. The incoming water was stored in vast storage ponds, and as the tide recedes, it drives waterwheels that manufacture mill grain mechanically.

The earliest occurrences stretch all the way back to the Middle Ages and possibly even to Roman times.

Generating energy by falling water and rotating turbines was established in the United States and Europe in the nineteenth century.

The electricity generation by maritime technology increased by an estimated 16% in 2018 and by an anticipated 13% in 2019.

It was the world’s largest tidal power station in terms of output until August 2011, when South Korea’s Sihwa Lake Tidal Power Station debuted.

The Sihwa station is surrounded by sea wall defense obstacles and is powered by ten turbines totaling 254 MW.

The Sihwa station, located on South Korea’s west coast, is a rich repository of tidal energy resources due to its flowing rivers, numerous sized inlets, and wide tidal range.

This is the setting for the world’s largest operational tidal power plant: the Sihwa Lake project, which has a capacity of 254 megawatts.

The tidal barrage is placed on top of a seawall that was built in 1994 for flood prevention and agricultural uses.

Ten submerged bulb turbines with a combined capacity of 25.4 MW are used in an un-pumped flood generation scheme; electricity is generated solely from tidal inputs, and the outflow is sluiced away.

This slightly unorthodox and inefficient strategy was adopted to strike a compromise between a complicated array of existing land use, water use, conservation, environmental, and energy generation factors.

Following the seawall construction, pollutants began to accumulate in the newly created Sihwa Lake reservoir, rendering it unusable for agriculture.

Seawater was returned in 2004 to clean out contaminants; inflows from the tidal barrage are considered a complementing long-term remedy.

The South Korean government-funded the project to the tune of approximately 280 million USD. The mean operating tidal range is 5.6 m, compared to a 7.8 m spring tidal range.

The initial operational basin area was meant to be 43 km2 but has been reduced due to land reclamation and freshwater dykes. The basin will eventually be about 30 km2 in size.

It’s worth noting that the Sihwa Tidal Power Station has successfully replaced the equivalent of 862,000 oil barrels of fossil fuel used in South Korea’s electricity generation per year.

How A Tidal Power Plant Works? How is tidal power generated?

There are three primary methods for harnessing the energy generated by a body of water’s tides and currents: tidal turbines, tidal barrages, and tidal fences.

A tidal fence functions similarly to a cross between tidal barrages and tidal turbines.

The vertical tidal fence turnstiles are arranged in a ‘fence-like configuration, hence the name ‘tidal fence.’ Tidal fences, on the other hand, rotate in the opposite direction of a propeller.

Tidal energy is used to propel the turnstile blades, which are connected to a generator, in order to generate power.

Tidal fences are composed of vertical blades that are propelled forward by rushing water. These vertical turbines are installed similarly to a fence but without the huge, concrete structure that tidal barrages require.

They are typically built between land masses in areas such as inlets and fast-moving streams. They are completely submerged underwater and have a negligible effect on the surrounding ecosystem.

Tidal turbines are quite similar to wind turbines, except that they are located beneath the sea’s surface rather than above or on land. The current of the water propels the turbine’s blades, which are connected to a generator that generates power.

While tidal turbines are huge, they cause comparatively minimal harm to the surrounding ecosystem. They, like wind turbines, may cause collision damage with marine life, but because the blades move slowly, this is not a significant worry. Additionally, they create low-level noise, which has an effect on marine mammals.

Tidal barrages are low-walled dams that are typically located adjacent to tidal inlets or estuaries.

Sluice gates, similar to those used in typical hydroelectric dams, are utilized to create a reservoir on one side of the barrage. The barrage is fastened to the seafloor, and its top is only slightly above the point at which the water level reaches during the highest tide.

At the bottom of the barrage, within a tunnel, are tidal turbines that allow water to flow through.

Tidal barrages resemble conventional hydroelectric dams in appearance. Turbines situated along the barrage’s bottom are rotated in response to the approaching and outgoing tides.

Water pours over the turbines during an oncoming high tide as the water increases. The water then rushes back through the turbines as the tide drops. The turbines are connected to a generator, which generates power.

While tidal barrages are the most efficient method of capturing tidal energy, they are also the most expensive.

They necessitate the construction of a full concrete structure, which can be rather costly. Additionally, barrages have a greater negative influence on the surrounding ecosystem than tidal gates or wind turbines.

Because they are effectively an underwater wall, they prevent fish and other sea creatures from passing, wreaking havoc on the local ecosystem.

Tidal power is the harnessing of energy from tides from the vast amount of water moving in and out with every high and low tide. The energy can be harnessed in a few ways.

One way is by building barrages on tidal estuaries and impounding the water to create a head of water.

Another way would be to build a dam at the head of the river so the head of water could be created by capturing the water as it slows down in the deeper area of the estuary.

Utilizing the renewable energy resources of this Earth is of the utmost importance in the 21st century. Tidal energy is a major resource that has been barely touched.

Tidal energy harnesses the power of the tides and can produce electricity. In the future, tidal energy should be harnessed for many aspects of electricity consumption, such as home consumption and commercial usage.

Tidal power is not as widely used as solar energy, wind, or hydroelectric power. It has been less reliable as a source of energy that can provide a constant amount of energy.

However, this form of renewable energy is gradually becoming more reliable and efficient as more research is done.

The use of tidal power plants is expected to grow in the near future due to the stable source of energy. A possible downside to tidal power is that the source does fluctuate, which can cause the power density to level off at a high or low rate.

The Pros/ Advantages of Tidal Power

Tidal Power is both renewable and dependable.

Tides are created by the dynamic forces of the Sun and the Moon, both of which cause water, land, air, and everything in-between to bulge.

As tidal energy is created by tides that are caused by the sun, the earth is the perfect place to harness this type of energy. This means that the potential for future development for tidal energy is high.

Thus, as long as the Earth spins and the moon orbits, the ocean will continue to generate motion.

Because greenhouse gas emissions are a major contributor to climate change, it is more critical than ever to develop zero-emission energy sources.

Not only is tidal energy renewable, but it also produces no greenhouse gases and requires little area for its facilities. The Sihwa Lake Tidal Power Station, for example, was constructed along a 12.5-kilometer-long seawall.

Tengger Desert Solar Park in China is one of the largest solar farms in the world, covering around 43 square kilometers of land.

Tidal power facilities have the capacity to generate large amounts of electricity. One of the primary reasons for this is because water is extremely dense – over 800 times denser than air.

Additionally, even at modest speeds, water’s density enables it to power a turbine. Thus, tidal turbines have the ability to generate significant amounts of electricity even when the water conditions are less than optimal.

A reliable source of energy.

Because tidal patterns are predictable and well recognized, they are easily trackable, allowing for long-term planning. Additionally, it is an attractive resource for electrical grid management, as it eliminates the need for backup power plants.

Because water has a far larger density than air, very little energy is wasted, additionally, because electricity has a high density, it is easy to generate; you may generate a large amount of energy with less movement and speed.

The acquisition of tidal energy and the amount created by power plants have been delayed due to the site requirements for electricity production.

Additionally, tidal power plants are restricted to a limited number of installation locations–along with coastal areas.

With just a limited number of ideal coastal locations for tidal energy installations accessible in the United States, the topic of how impactful this operation can be is clearly worth considering.

Because tide cycles do not always coincide with daily electricity consumption patterns, it is challenging to meet electricity demands.

For instance, if high tide occurs around 12:00, tidal electricity will be generated around that time. The morning and evening hours typically have the highest energy consumption, whereas the middle of the day has the lowest.

Because tidal power is still new, the technology necessary is prohibitively expensive. Additionally, it is tough for investors to profit from it.

Risks to the environment.

It’s difficult to forecast the future. Because tidal energy technology is continually improving, we must be vigilant about the impact that the expansion of facilities will have on marine life. And who knows, perhaps several additional environmental risks will emerge.

In waters where tidal energy plants are to be erected, high salinity is required. Because salt causes corrosion, more maintenance work and expenses must be considered to avoid dangerous substances entering our oceans.

Tidal energy is the most reliable renewable energy source because of the continuous change in tidal movements that occur twice a day from the moon’s gravitational force. Tidal energy runs 24 hours a day, 7 days a week, 365 days a year.

Tidal energy is renewable energy powered by the natural rise and fall of ocean tides and currents. Some of these technologies include turbines and paddles.

Why is tidal energy not used?

Due to the lack of proven supply chains for any type of technology, parts are extremely expensive. According to a report from the International Renewable Energy Association, even at existing plants, fluctuation in tidal patterns can reduce turbine efficiency.

What is the environmental impact of tidal energy?

Tidal power has the potential to harm marine life, as tidal turbines’ revolving blades can result in the death of sea animals. Noise from the turbines’ rotation may also have an effect on fish habitats in tidal power settings.

What are the limitations of Tidal Power?

Some of the limitations of tidal power energy include high tidal power plant construction costs, negative impacts on marine life forms, location limits, and the variable intensity of sea waves. 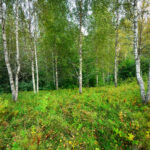 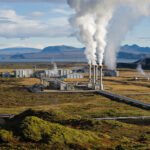